By Ryan Bucki, ISSA-CFTNovember 15, 2022No Comments

If you follow us on Instagram (@FitnessInformant) and tuned into our Founder's Friday IG Live episode on November 11, 2022 you would have heard RYSE Supplements CEO reveal the next flavor of Loaded PRE from the brand.

Nic Stella, CEO of RYSE Supplements, confirmed that Bazooka Grape Rage Loaded PRE is launching on Black Friday. Fans of the brand know that RYSE has had a deal with Bazooka for some time (logo was painted on the RYSE gym wall). It looks like it is finally coming Black Friday 2022.

In 2022, RYSE has not launched anything on their powder line that has not been an official collaboration.

I am excited about this one and I am not even a big fan of grape. Bazooka Bubblegum was the first thing I stole in my life. My mother said I could not have a piece of it (they used to have pieces of it in a POP display in grocery stores). So, like any five year old, I copped it and put it into my pocket and chewed it on the ride home. Sorry, mom. 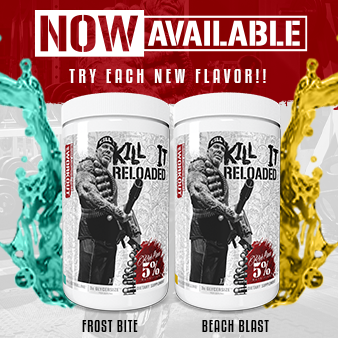