Rich Piana and 5% Nutrition, two names which have become synonymous in the sports nutrition world for hardcore performance. In the words of Rich, the "5% represents those of us [who] are willing to give whatever it takes to reach their goals."

Rich has been an inspiration to untold millions throughout his career both as a bodybuilder and later as a motivational figure. The allure of his message simple yet powerful: he was going to give anything and everything he had to reach his goals. Along the way, he was going to give adoring fans a front-row seat to the main event, his daily life, and in the process, amassed a huge YouTube and Instagram following.

Followers of Rich soon became accustomed to frequent motivational messages, mantras, workout techniques, nutrition and meal preparation, plus a bevvy of social commentary. The most recognizable aspect of his lifestyle, living the "5%'ER mentality" became the foundation of this company, 5% Nutrition. 5% Nutrition Full As F*ck is a good combination of ingredients that will lead to bigger, fuller pumps. 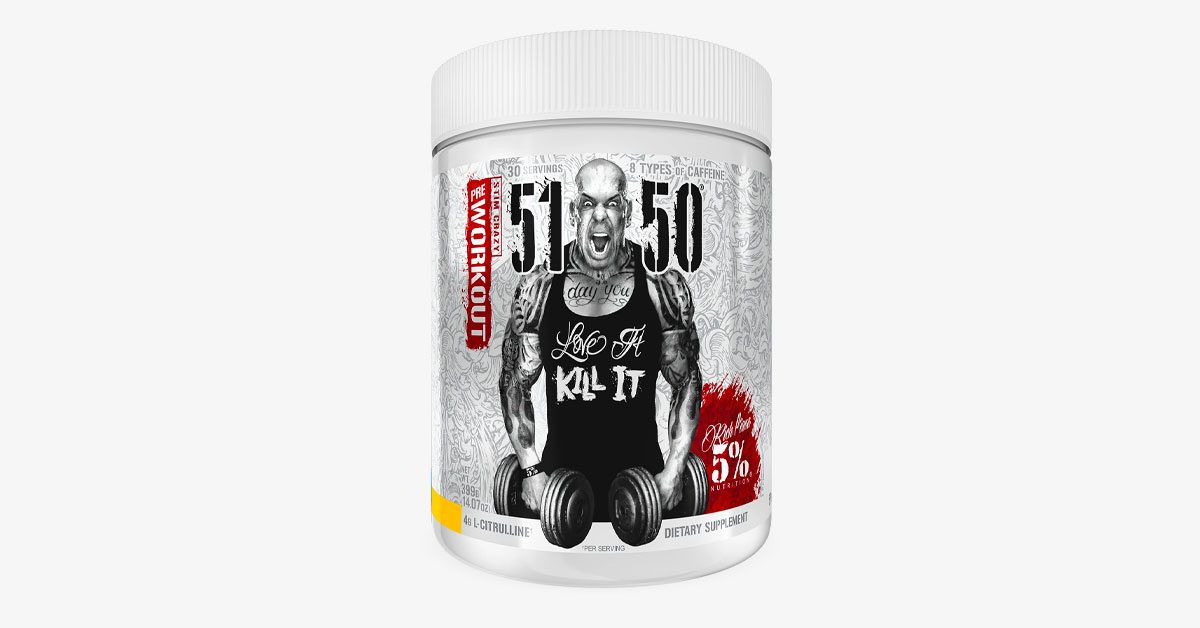 5% Nutrition’s 5150 pre-workout is their highest stimulant pre-workout that provides more than enough energy and great taste. 5% Nutrition Shake Time Review: No Whey It Tastes This Good

5% Nutrition Shake Time is a no whey added meal replacement shake that tastes amazing and packed with good macro nutrients. 5% Nutrition Post Gear is a post cycle supplement that is essentially a testosterone booster and meant to help you keep you hormones in check. 5% Nutrition Real Carbs+Protein is a solid meal replacement formula using foods like oats, sweet potato, beef, chicken, eggs and chickpea to give consumers real gains from real food. In terms of meal replacements, this is one of the best on the market that doesn’t rely on cheap carbs and mediocre protein to give the consumer a nutritious solution to their diet. 5% Nutrition Freak Show Review: Utilize Your Carbs for Your Workouts

Freak Show from 5% Nutrition is a glucose disposal agent designed to ensure that we are utilizing those carbs from cheat meals or post-workout carb loads. With 7 proven ingredients to help regulate insulin levels and blood glucose levels, Freak Show is a solid GDA that will help you utilize those carbs in a beneficial way. 5% Nutrition has launched their high stim pre-workout 5150 and their amino product All Day You May in a stick pack. 5% Nutrition has switched Drink, Sleep Grow over to their new white label and added a new flavor in Southern Sleep Tea. 5% Nutrition has added a new flavor of Kill It Reloaded in Cosmic Candy.