Foundation Bar will be available in two flavors, Cinnamon Crunch Cereal and Chocolate Puff Cereal. These bars are not like other bars on the market. They are "cereal" based bars created due to Julian Smith's love of cereal.

The Foundation Bar uses both whey and pea protein crips in its interior to create the cereal like experience while giving customers 18g of protein per bar. Each bar is also coated in a chocolate coating. The macros are good for a whole foods bar. Each bar is 240 calories, 9 or 10g fat, 25g or 26g carbs and 18g protein. Both bars also contain prebiotic fibers and milk protein isolate.

The Cinnamon Crunch Cereal bar is one of my all-time favorite bars. It is so good with the white chocolate coating and the nice cinnamon flavoring. You do not taste the pea at all (sometimes pea can taste earthy). They did a great job on both of these. I hope they are successful, cereal inspired protein bars have had a hard time in the past, but with the right influencer and team, this can be great. 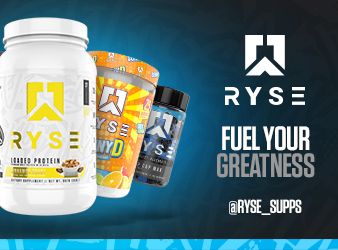