By Danielle BuckiMay 20, 2022No Comments Arms Race Nutrition has expanded flavor options for Immunity Greens. Immunity Greens was previously only available in Pineapple Mango and Lemon Rush. Today, they are adding Blackberry Lemonade and Chocolate Bliss to their flavor selections.

Both Blackberry Lemonade and Chocolate Bliss are available now.

These two flavors are polar opposites. The brand truly expanded their flavors to give a much larger variety in options for customers. When trying these, I was pleasantly surprised as I often don't love greens powders flavors. The Blackberry Lemonade flavor has a stronger berry flavor at the front with a light lemonade flavor at the end. The Chocolate Bliss has a good subtle chocolate flavor with slight sweetness. The greens flavor comes through some but the flavor is nicely complimented by both the Blackberry Lemonade and Chocolate Bliss. They did a great job adding these new flavors to the line. I would highly recommend giving these new flavors a try! Arms Race Nutrition has launched their first on-the-go product in the Foundation Bar. 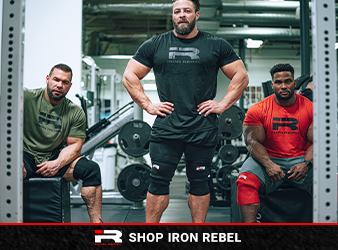